Well December was a bit of a mixed bag wasn’t it? I’ve already talked about the General Election so I won’t dwell on it here.

December started with a lovely Christmas Lights switch on organised by Mossley Hill Residents Association (MHRA) on 4th December. The Christmas tree is a permanent tree in the central reservation on Brodie Avenue. I bumped into Santa again, definitely the same Santa from SARA Hall a few days earlier, (which proves there’s only one Santa and he’s real).The lights were officially switched on by the The Lord Mayor of Liverpool, Cllr. Anna Rotherary and we were joined by all the ward Councillors and the Riverside Parliamentary Candidate (as she was at the time) Kim Johnson. We sang along to Christmas Carols, Santa gave out gifts to all the children and we all had mince pies. It was a lovely event.

Following the woodland clear up day in November, there’d been a little joke about a path, which became christened Dan’s Path. So having access to a makerspace, I decided to make some signs for each end of the path, including the River Oaks Charity logo. I presented the signs to Terry, Charit of the River Oaks Charity during the carols around the Pond event. 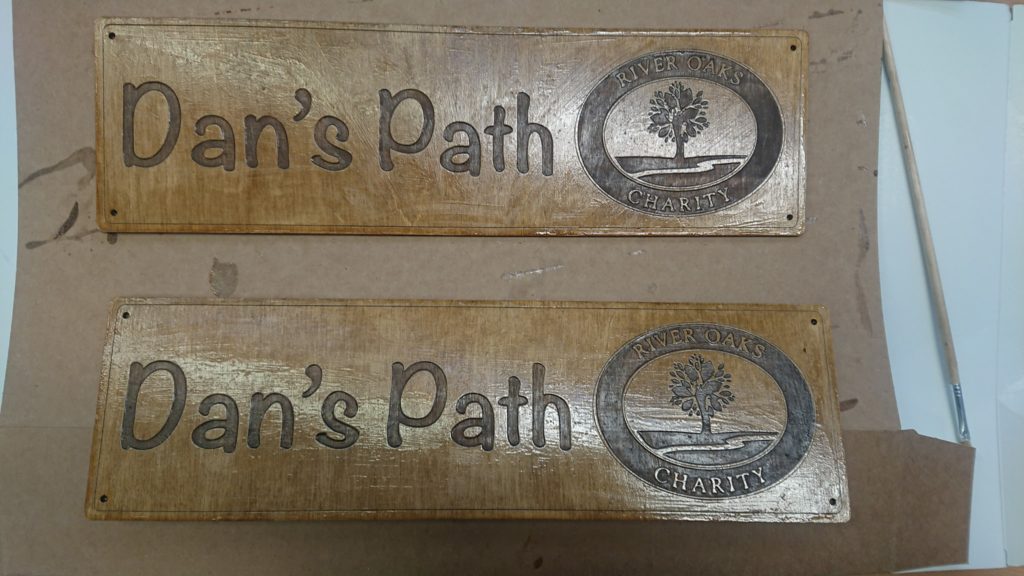 The Carols By the Pond event was lovely, I joined Cllrs Patrick Hurley and Emily Spurrel and sang along to some old favourites. The pond was beautifully decorated and there was a hog roast and lots of delicious cake! There was also a foodbank collection which received a lot of donations. I’m looking forward to seeing what happens next for the River Oaks team and I’d like to take this opportunity to thank Terry for welcoming me along and giving up so much time to tell me about the history of the area and their plans for the community.

I enjoyed a lovely Christmas Day with family and enjoyed having some time off to relax and think about the year ahead. Best wishes for the new year.