The first Mossley Hill Matters Event took place on Monday 3rd February 2020 at Mossley Hill Athletics Club, located right in the middle of a parking issue hotspot, which was quite fitting given that the subject on debate was parking and traffic issues.

We elect officials to run the city for us and be our voice in the town hall. But this is still our city, and we have a responsibility, as residents, to make it the best city in which to live work and play. We can’t just tell our Councillors that something needs to be done, we need to tell them what action we want them to take, but we can only really do that if we know it’s an action that will benefit everyone. And the only way to know that is to talk to each other. Mossley Hill Matters aims to bring local residents together to discuss issues, identify solutions, agree a way forward and then share it with our elected representatives, ensuring that they know what we want when they speak on our behalf.

On a personal note, if I am fortunate enough to be elected in May to represent the people of Mossley Hill, how can I be their voice, if i don’t know what they want me to say? As much as it’s about discussing issues and agreeing a way forward, I also want to feel confident that I know what matters to people in Mossley Hill so that I can be their voice in the town hall.

The plan was to mix people up and allocate them a table on arrival, unfortunately, due to a mix up with the venue booking, we were unable to set the room up in advance of attendees arriving so everyone sat with people they knew and several were reluctant to move when the format was explained. Some residents felt that as they had a very specific issue that needed addressing, they didn’t want to take part in wider discussions, which is a shame, because often we find it easier to identify solutions to others problems but fail to solve our own, perhaps because we’re too close to it and need an outside perspective to see things clearly.

In their small groups, residents discussed where the parking and traffic issues were and then each table was given a specific problem to discuss and try to identify solutions. Some people around the table were familiar with the issue, others weren’t. The discussions brought up some interesting ideas that not only looked at ways to improve issues but also looked at wider impact on the economy and air pollution as well. 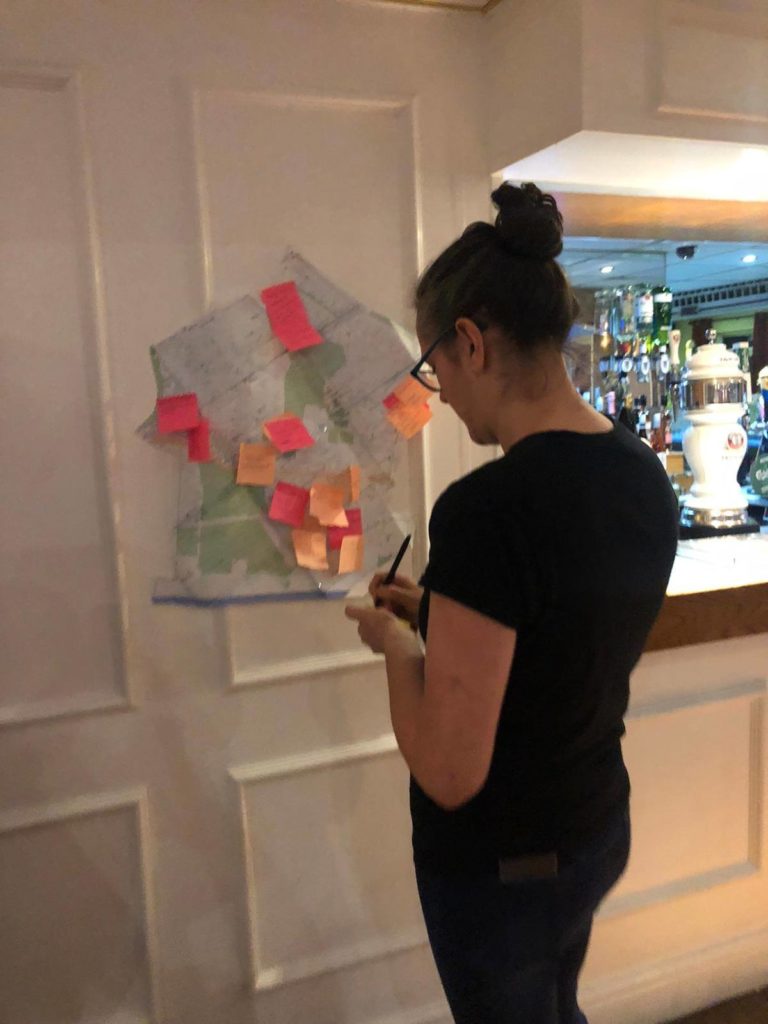 Making a note of the parking hotspots in Mossley Hill.

Did we fix the problem?

Well…. no. But we did acknowledge that the sensible thing is to look at how we can reduce the number of cars rather than trying to increase the number of parking spaces.

Feedback was positive with residents happy to have had a chance to air their views and discover that they weren’t suffering alone in their frustrations. Many also expressed surprise that while they are focused on the impact parking has on them, they’ve also been guilty of some of the other parking issues that affect other people. If nothing else, my hope is that the discussion will have made people a little more considerate in their actions.

The issue of parking has come up a lot on the doorstep and since being announced as the Labour candidate I have had several emails from residents asking me what I’m going to do about the parking issues. Just from those small conversations, I started changing my habits. When I head to Coopers every Tuesday for my knit and natter group, I no longer park on Mersey Road, I park on Otterspool Prom and walk up the full length of Mersey Road so as not to contribute to the parking issues.

One resident mentioned issues around enforcing the 20mph speed limit, saying “people who live here know, but it’s those from outside the area that bomb it down those streets.” As I was driving home from the meeting, I found myself on a deserted street, I was driving 30mph but then I spotted a 20mph sign and I glanced down at my speedometer and heard that resident’s voice in my head and I immediately slowed down. Change can only happen if everyone is on board, so those conversations can be effective, because if a couple of people go away, having learned something about how other people are affected, it can spark a change in attitude and behaviour and slowly, bit by bit we can bring about a positive change.

One thing I’ve heard, in response to whether people could give up their cars is “maybe if we had a suitable public transport service.” So my question for the next Mossley Hill Matters event is: What does that look like? What do you need from a Public Transport Service to make you ditch the car and commute instead?

The meeting will take place on Saturday 22nd February at St Margarets Academy (Sports Centre) at 11am. We’ll be joined by the Metro Mayor, Steve Rotheram, who will be keen to hear public opinion. He’ll also be able to tell us about plans the Liverpool City Region Combined Authority has with regards Public Transport and the Connectivity Scheme. 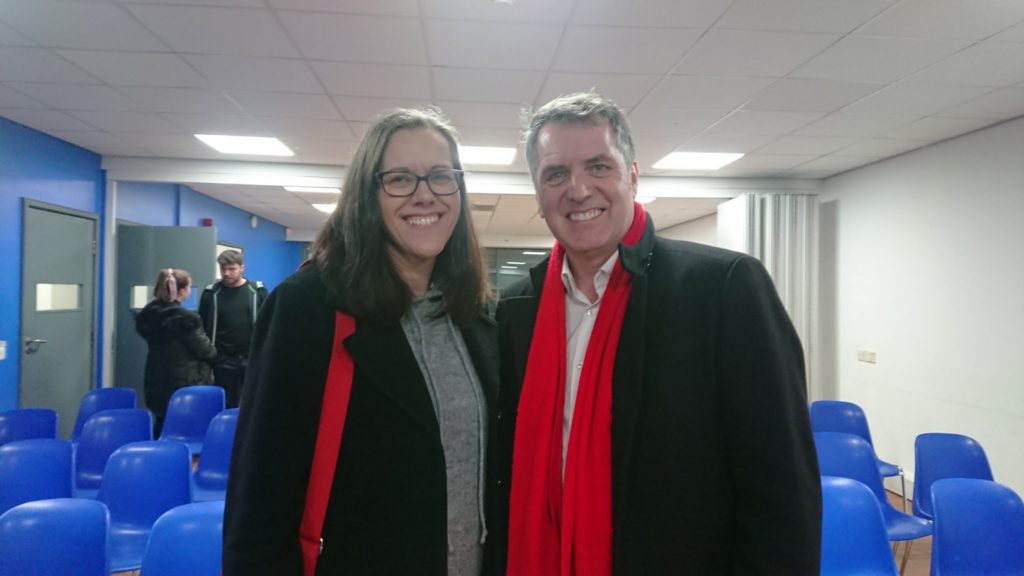 Me with Steve Rotheram, the Metro Mayor of the Liverpool City Region Combined Authority