This last month has been busy, with the General Election being called we’ve been campaigning all over the place, lending our support to marginal seats like Southport as well as delivering leaflets around Mossley Hill for the new Riverside candidate Kim Johnson. I attended the campaign launch which gave me an opportunity to meet members from Mossley Hill and the wider Riverside CLP and I was made to feel very welcome. 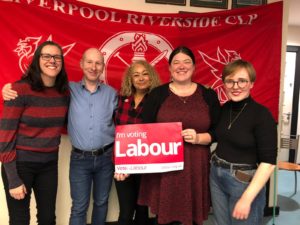 November is my favourite month of the year, because it includes my birthday. I spent my birthday morning with the River Oaks Charity and councillors Patrick Hurley and Elizabeth Hayden, clearing the woods on Mersey Rd. It was lovely to meet members of the River Oaks charity and I enjoyed learning some of the history of the woods, and seeing the remains of the buildings that were once there. 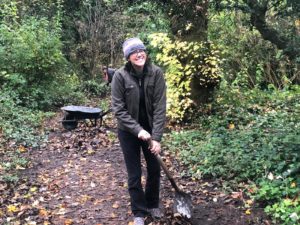 I then headed up to my new favourite coffee shop, Cooper’s, for a birthday scone…

(If you follow me on Facebook you’ll be aware I’ve become quite a fan of Coopers Coffee Shop. I always pop in for a cup of tea and a scone, after I’ve been leafleting or joining community activities). 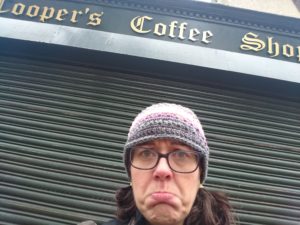 …but when I got there it was closed. I was very sad about that, but I’ve certainly made up for it since. I made my way instead up to Sudley House, another of my favourite places to visit because of my love of classic novels and period dramas. Sudley House might not be Pemberley but it still makes me channel my inner Jane Austen. Pride and Prejudice is probably my favourite novel of all time, certainly the novel I’ve read the most times anyway. After a quick change in the toilets into less muddy clothes I had a scone in the cafe and then went to the Mossley Hill Makers Market, which was very Christmassy. I was too late for some of the cake stalls, they’d already sold out, not that I needed more cake, but, well, if you can’t over indulge in cake on your birthday, when can you? Nevertheless, it was lovely to see so many makers selling their work. The atmosphere was great and I’m sure the organisers will be pleased with their event. 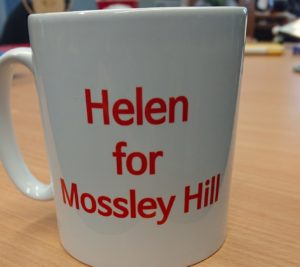 My work colleagues made this mug for my birthday.

Also this month I attended a community meeting about the 82 bus. It’s clear that changing this bus route has had a really negative impact on many regular passengers and the campaign has my full support. 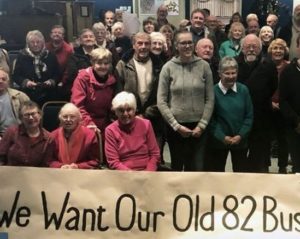 I’m also really excited to announce that the owner of Coopers has agreed to let me start a knit and natter group. So in the New Year, I’ll be there with a bag of yarn and some spare knitting needles and crochet hooks every Tuesday at 2:30pm for an hour or so. Please do come and join me. You don’t even have to knit, just come for the natter if you like.

Closer to home we launched Dan Carden’s campaign in Walton and delivered register to vote cards and Labour campaign posters around Fazakerley. I also joined campaigners on the doorstep in Southport, where Labour has now been recognised as a safer vote to keep the Tories out instead of the Lib Dems.

And so into December and the festive season which started at the end of the month with Christmas Storytime at SARA Hall. The Mossley Hill councillors fund Storytime throughout the year which brings Little Lamb Tales to Aigburth. There’s also some craft stalls and colouring in activities. We even got to meet Santa! Keep an eye out for more storytime events next year as they are lovely. And on a book theme, I’m really pleased that the Councillors offer a book scheme for under 5s, I will certainly be pleased to help keep that going if I’m elected in May. 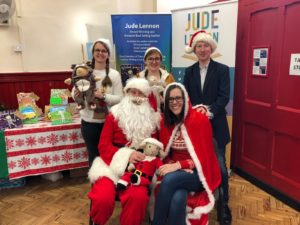 I’m also looking forward to the Christmas lights switch on organised by Mossley Hill Residents Association on Wednesday 4th and Christmas Carols around the Pond hosted by the River Oaks Charity on Sunday 22nd. And of course, the general election on the 12th.