On the knocker: first time experience on the doorstep 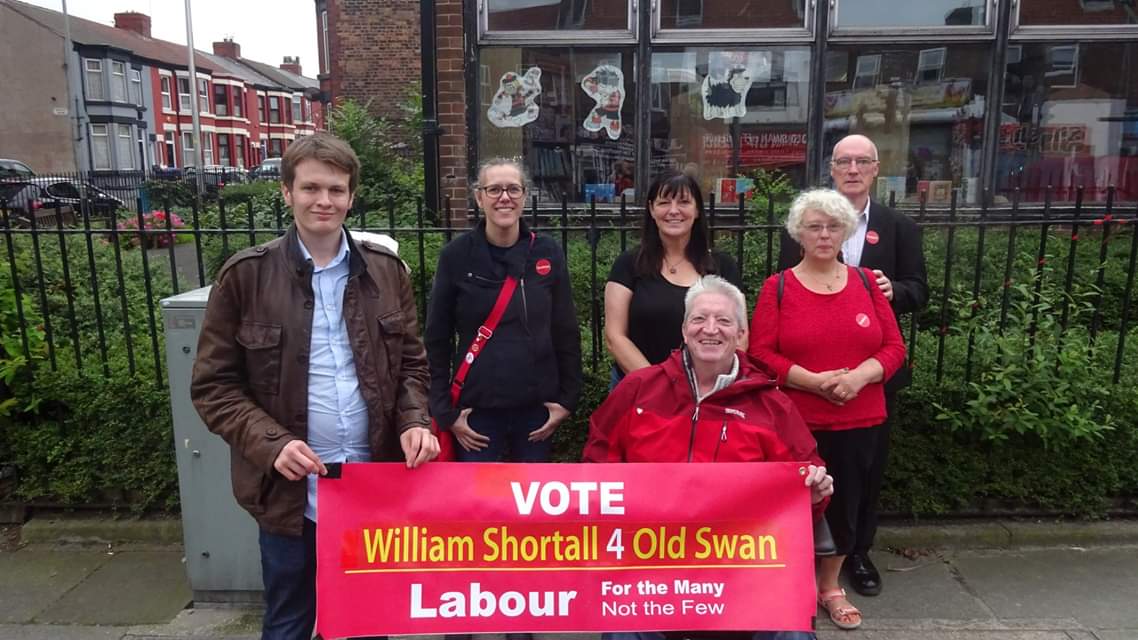 It’s the one thing about which I’ve always thought “not a chance”. The idea of knocking on doors asking people to vote, filled me with dread. Mainly because, I hate it when people knock on my door unexpectedly. If I’m not expecting a delivery from Sizzlas then it can only be someone trying to get me to switch energy supplier or support a charity. “Hello, saw your cat in the window, I guess you’re an animal person? I’m from the Dogs Trust…” Well I’m specifically a cat person, goodbye! (Not that I don’t want to support charities, I do, I just want to choose them for myself, also, I prefer small, local charities rather than big national charities, if you have the capacity to knock on doors asking for donors, you’re probably not as much in need as a local community centre, feeding and clothing people and providing much needed support that this sham of a government has taken away from us).

So the thought of being one of those people, disturbing someone while they’re watching Corrie or putting the kids to bed, causes a spasm in my cringing pipes. I just couldn’t imagine doing it.

So one evening, I’d messaged my Walton CLP comrade, Ann (Cllr. O’Byrne) for a bit of advice and she roped me into going leafleting in Old Swan for William Shortall, the candidate in the upcoming by-election. I told her my reservations about door knocking and she said I could tag along with her next time she went, which, as fate would have it was about a week later. In fact, in a shocking twist, completely unexpected, I contacted her to see if she was going out on the doorstep and could I join her. 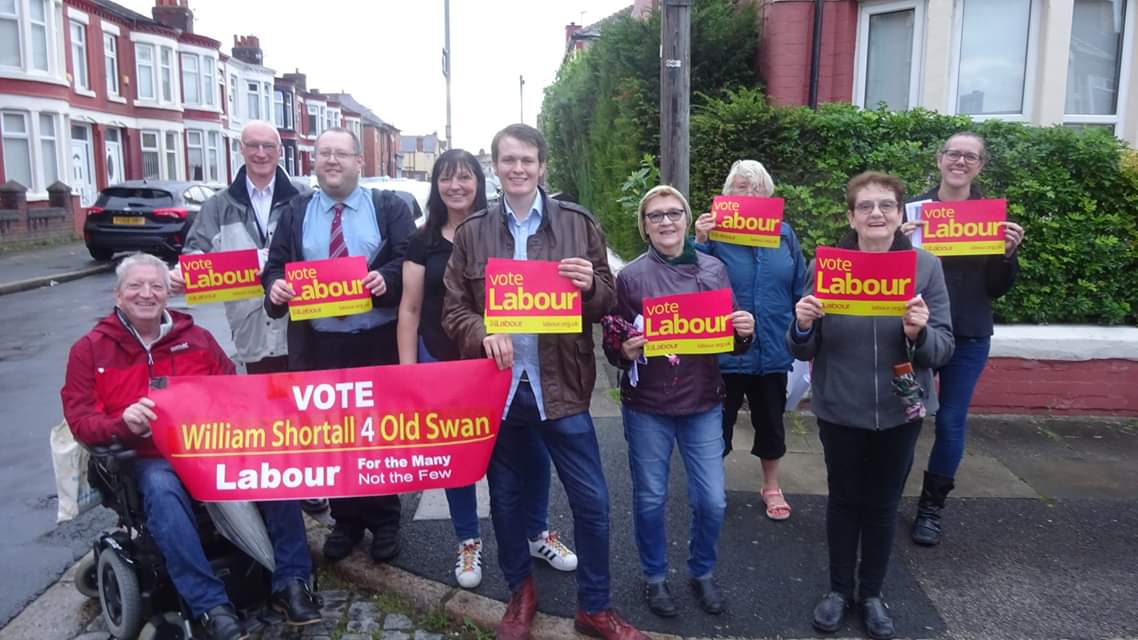 I know, trust me, no one was more surprised than me by my proactive behaviour. But I decided I wanted to get that first go under my belt so I knew what to expect, and once I get an idea into my head, I’m like a dog with a bone.

So we arrived in Old Swan, met up with a team of campaigners and hit the streets. I followed Ann around, listening to her speech and taking in her approach: friendly, helpful, sympathetic. And filed it away for later. Then she made me do one.

Noooooo… the door opened, my mind went blank, I could feel my heart pounding. I can’t even remember who opened the door, it was such a blur. But I did it. I introduced myself, asked if they had any issues they wanted to discuss, asked them if they knew about the by-election…

At the next house there was no answer so I put a card through the letter box. Ann got talking to someone and I found myself agreeing to do a house by myself.

Again, there was no answer. Then I got my first solo door step…

It was sound. I asked if there were any issues, he grinned, “aw man, I’m sure there probably are. Just can’t think of any.”
I mentioned some issues we’d heard from neighbours, and he agreed, “yeah, that sounds good, put that down.” I laughed and asked him about the by-election. “oh yes, we’ll both be voting Labour.”

Success! I felt like I could conquer Everest by this point and went off to get my next house assigned.

Lots of people had told me how much fun it is, how enjoyable it is to chat to people about things, find out what they think about the party, local council, government, plus the camaraderie of the campaigners.

I found myself with one negative response: “will you be voting in the by-election?” I asked. No. I was quite taken aback, “No? How come?”
“Because I’ve never voted Labour in my life.” oh… in my head I pictured Homer Simpson stepping back into a bush to hide… but I held my hands up and said, fair enough.
And then ran away as fast as my little legs would carry me!!

On the whole, it was a fun experience, I’m quite looking forward to doing it again. And while it is still fresh in my mind, I wanted to recall what I learned, because when you’ve done something for a while, it can be hard to remember what it feels like to be doing it for the first time. So here’s what I learned, and I hope it helps any other first time, reluctant door knockers give it a go… 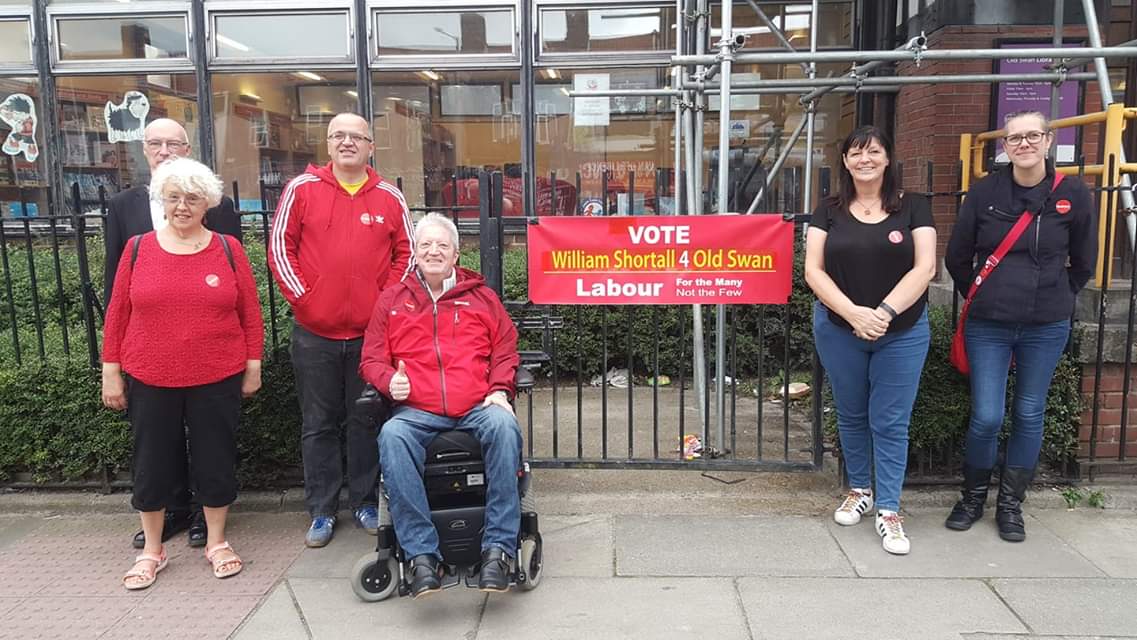