On International Women’s Day 2018, I had been invited to talk about my experience as a woman in business by the Business and Intellectual Property Centre at Central Library. I was terrified. I’ve always turned these things down but I decided it was finally time to push myself to get more comfortable with public speaking. I enlisted some coaching support from Su Grainger who gave me so much help and advice as well as some techniques to quell the nerves.

I was introduced by Bernie from The Women’s Org who warned the audience that I was very nervous, while I was stood to one side taking slow, deep breaths and feeling like I just wanted to run from the room.

But I got through it. The audience even laughed at my jokes. By the end of it I felt like I could do an arena tour.

Here’s the transcript of my talk:

Hi I’m Helen, I’m really excited – well maybe excited isn’t the word, terrified, no: honoured – to be invited here, on International Women’s Day to share my experience as a woman in business.

Little Sandbox is a kids tech club which I co-founded, with Chris Huffee, in 2014. But I actually started the business in 2010. Prior to that I’d had some pretty interesting jobs. I’d spent 6 years living and working in London in the music industry, which wasn’t as glamorous or exciting as I’d imagined it to be. And eventually I was in so much debt I decided to move back to Liverpool, where after struggling to find work I became a taxi driver for Delta. I was one of only three female drivers at the time and it was quite an eye opening experience. But nowadays we have a lot more female drivers and I’m proud to have been one of the early ones who helped make that cultural shift.
After that I trained for a level 3 in playwork and worked in an afterschool club for 18 months before joining a CVS where I worked as a communications officer for 5 years.

It was from this job that, due to a change in government and cuts to charitable funding, I sadly got made redundant [insert ‘aaahhhhs’ from the audience, following a bit of prompting and a sad face from me].

I’d had two ambitions when I was younger.
First of all, when I was 9, I told my teacher that my ambition was to be an author… Like Jackie Collins.

Oh right, well then, I can only imagine the reaction that got in the staff room later that day.

Interestingly though, in 2014 I did write a novel. And it did get published. And it was a bit of a bonk buster too, so I achieved that particular ambition, quite literally.

My second ambition, when I was a teenager, was to own my own business, specifically a record company, which explains my years in the music industry. But I think both ambitions show that from an early age I knew I wanted to be self employed.

So there I was, facing redundancy, and I decided this was the time to go for it and start my own business. I decided that in this period of economic uncertainty with massive cuts to third sector funding that this was the perfect time to start a social enterprise.

I registered my company on 26th August 2010 as Geni-i Creations Ltd.
Would anyone like to guess what Geni-i creations was set up to do? [tumbleweed…] no, of course not, it was a silly name, it meant nothing and it gave no clue as to what the service was that I was offering.
I started Geni-i creations as a Web design company, offering affordable websites to third sector businesses.

Before I left, my manager had told me about some funding I could apply for and asked if I’d consider teaching. I said “oh God, no. I couldn’t teach, no way, because that would mean standing up in front of a room full of people and talking, and that is my worst nightmare.” [some encouraging smiles from the front row and a murmer of laughter]

My boss encouraged me to go on a teacher training course, and part of the course involved a micro teach, where I had to deliver a 20 minute class to the rest of my group. Now I was really nervous about this and I had no idea what to do. My intention had been to teach clients to manage their own websites. But I couldn’t very well do that for a whole class with no equipment. My tutor said that it didn’t matter too much what I did for the microteach as it was just to demonstrate that I’d learned the principles and suggested I choose a hobby I enjoyed. I’d always loved silk painting so I bought some workshop supplies, planned how to demonstrate different methods and roped in a few mates for a trial run.

My tutor feedback was great, she said she hoped I would go on and do the certificate or diploma because I was a natural.

So emboldened by this new turn of events I applied for that funding and I ran 2 successful silk painting courses in a local community centre.

One day I was on a networking course and as we all introduced ourselves, I listened to everyone say things like ‘I’m Jim from 123 finance and we provide book keeping services’ and when it was my turn, I said ‘I’m Helen from Geni-i creations and I make websites and run art classes. And I heard it. I felt the confusion in the room. I realised that no one wants to buy a service from someone who does a bit of everything.

I made the decision to stick with digital and changed the company name to Sandbox Digital. A good techy name with digital in the title. And my client list grew steadily.

But it wasn’t very social enterprisey.

We found ourselves with a mutual client, I was making the website and he was making an app which needed to be embedded in the website. We got together to discuss how that would happen. I mean, we both knew how that would happen so it took us all of 2 minutes to discuss and agree a solution, and while we finished our coffee, we got chatting. Chris said he wanted to get kids more interested in technology, which evolved into an idea for a tech club for nerdy kids who don’t fit in at other clubs. And so Little Sandbox was born.

But we were a bit ahead of our time, no one else got it. We wrote so many grant applications to get this started and got rejection after rejection. Finally just as we’d reached our limit, BBC Children in Need came through for us and we opened our doors on Saturday 5th September 2015. Over that year we had 22 kids come through our door – a 50/50 split of girls and boys – and we watched shy, socially anxious kids, grow in confidence and make friends.

At the end of the year, parents asked us to keep it going, describing how much the club had helped their kids. I explained that we had no more funding: “well charge us, we’re happy to pay, just keep it going.”

And so we did. And our membership grew. That strange thing where, when something is free people don’t value it, but as soon as we started charging we doubled our membership.

Initially we thought we were adressing a skills shortage in tech but actually, we were creating a social environment for kids who don’t like being in social groups. We noticed we were having a particular impact on kids with ASD who were thriving in this environment where the common ground wasn’t a condition but an interest in computers, robots, video games, just nerdy stuff.

We have created a really welcoming environment where kids can find their people and feel a sense of belonging. And we’ve created something that, I’m so proud of, I’m even prepared to stand up in front of a room full of people and talk about it. 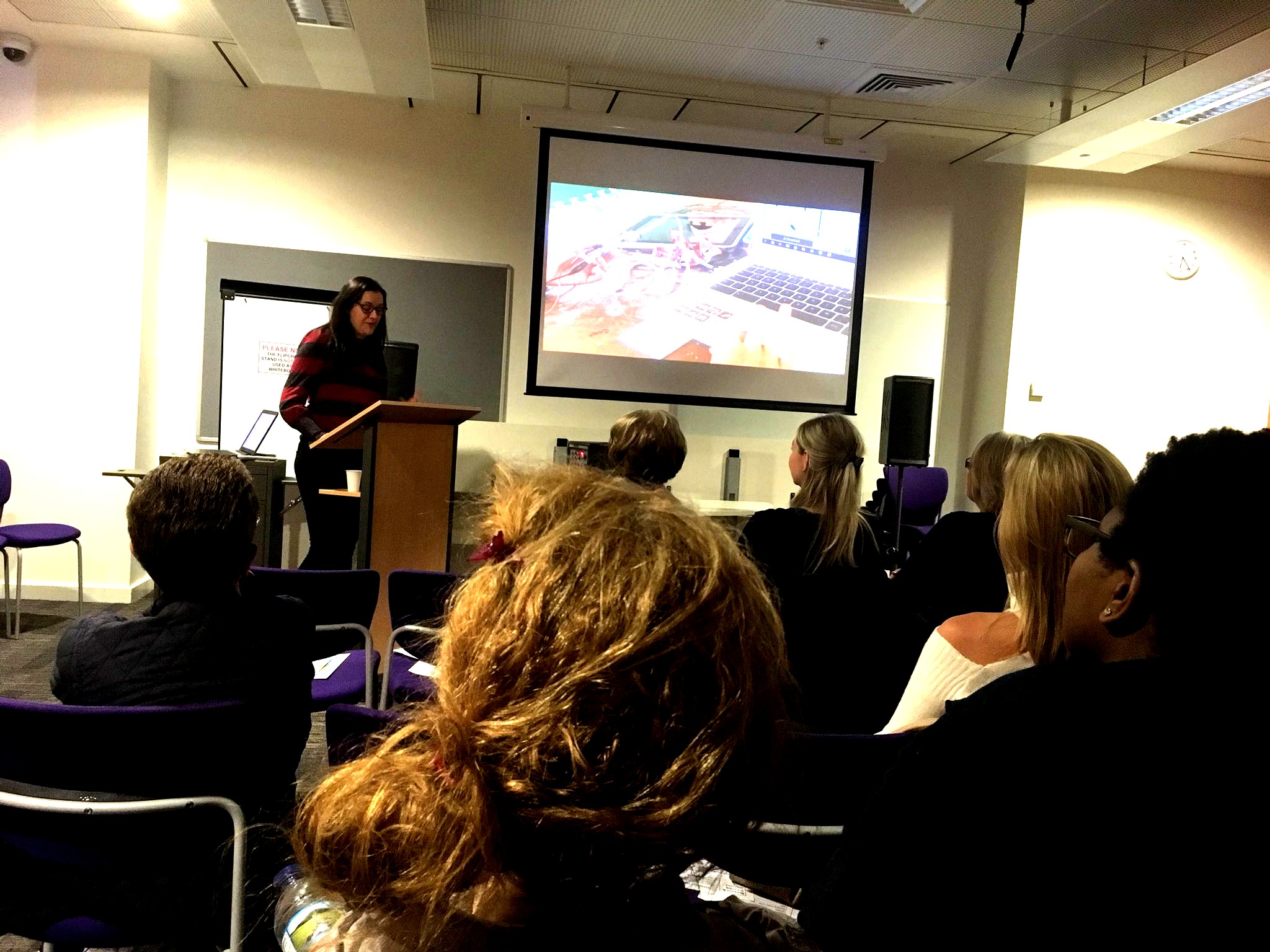 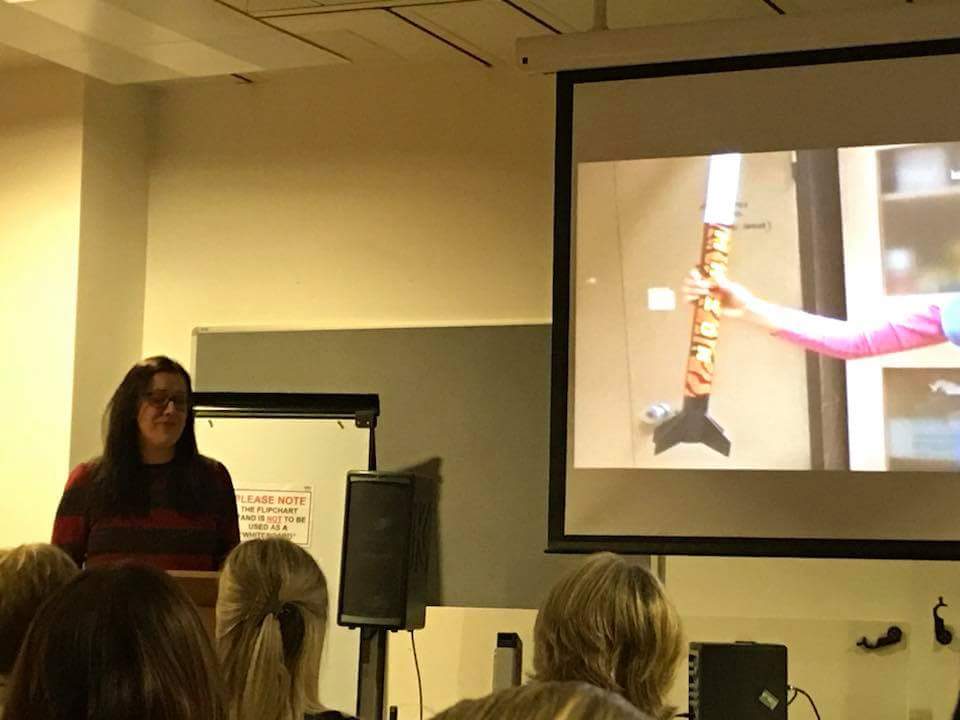 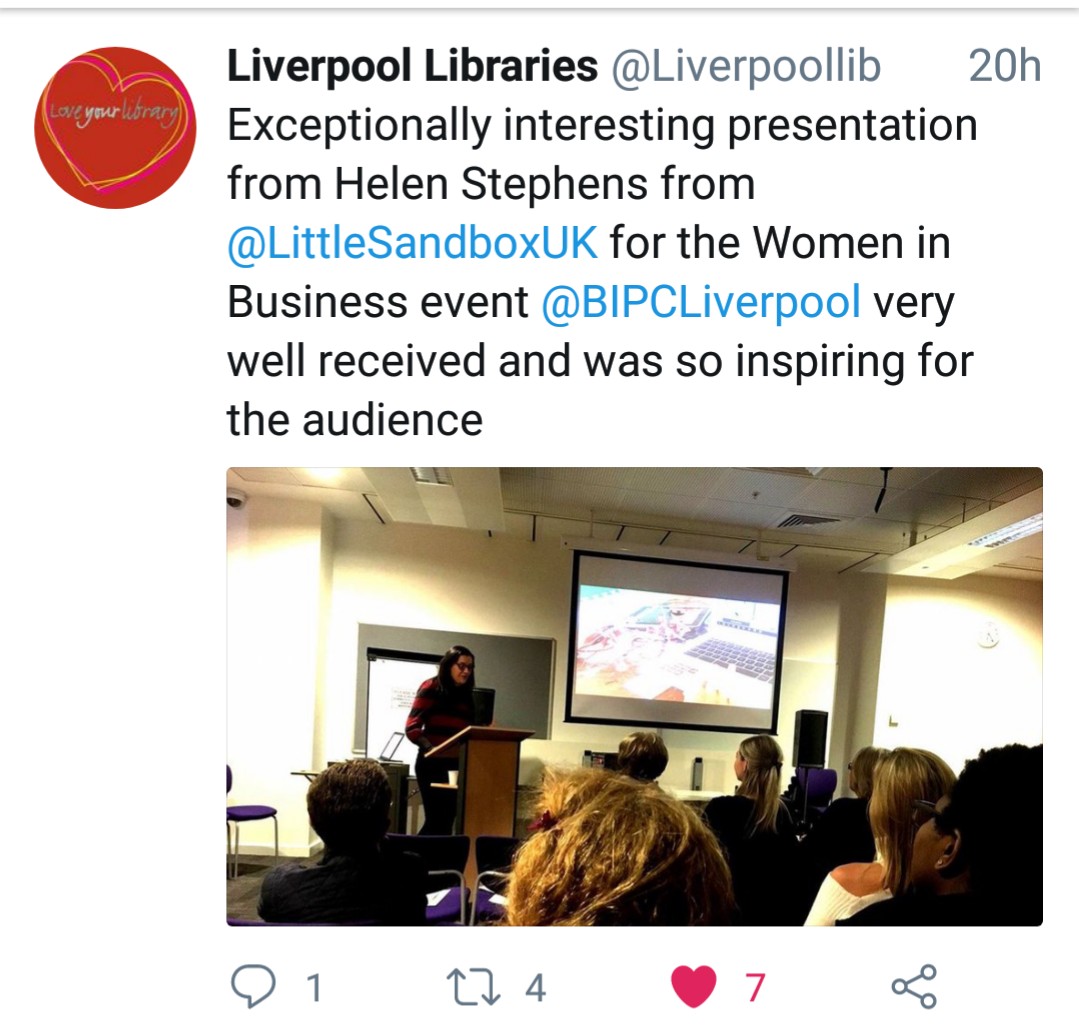